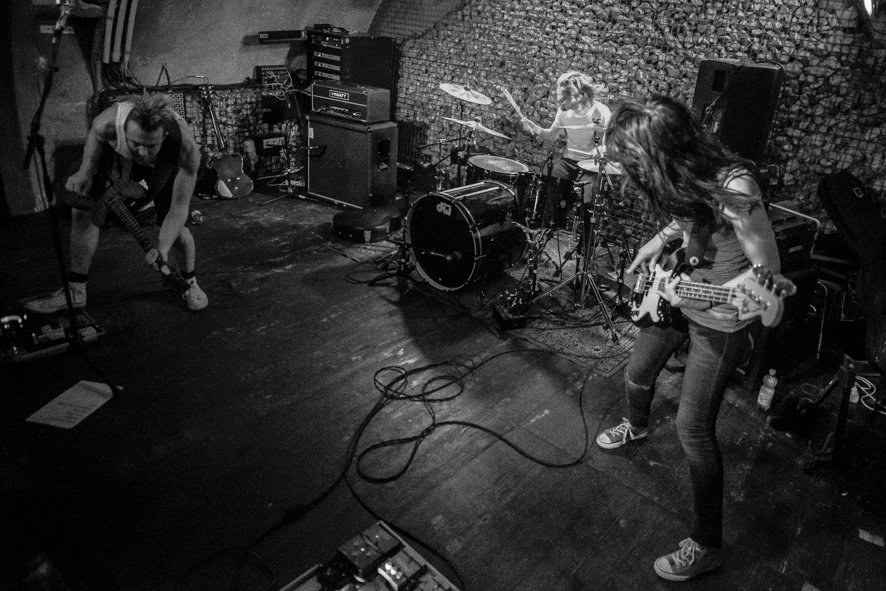 First interview ever on EMR’s blog, we’re honored to start this (we hope long) series with the swiss band Carson. An awesome band from Luzern, Switzerland who produces a heavy, elegant, psychadelic and sometimes even sexy desert rock/stoner rock. They’re returning from a three years break in june 2020 and I must say that here at EMR, we’re thrilled to see what they have in storage to rejoice our ears ! Their last release “Drown The Witness” (Vinyl, 2017) and first eponym EP (CD, 2012) is available in EMR’s online shop right now !

Hi there ! Could you introduce yourselves in few words ?

I was pleased to read that you’ll be returning in 2020, are you guys preparing something new ? Any shows or special events to announce yet ?

Kieran : We have music videos, photo shoots, studios booked and all will be announced very very soon. Carson are back and are hitting the ground running !
Elina : We have a Reunion show on the 5th September in our Hometown. More shows will be announced soon.
Jan : Exactly, our first show re-united will be so far at the Pietra Sonica Festival in North Italy in August.

How would you describe your music in one word ?

Is there any recurrent themes in your lyrics ?

Kieran : The themes are, sex, politics, drugs, depression, global warming. Not necessarily in that order.

What is the creative process in the band ?

Kieran : I brings the bones, Elina and Jan bring the meat !

What artists are you guys listening to lately ?

If I say Josh Homme, you say ?

Kieran : Who ?
Elina : Stoner Rock is not only Josh Homme.

What do you think of the swiss music scene ? Is it difficult to cross the language barrier within the country ?

Kieran : My mother tongue is fortunately english so we get by all good as it is proving to be the global norm.
Elina : But we haven’t played one single show in the French part, so yeah, I think it’s difficult, unfortunately.

Have you guys managed to export your music outside of our borders ?

Kieran : We have fans from Botswana to Timbuktu.
Elina : Our Album Drown the Witness sold well internationally.
Jan : Yes with that Album we gained international fans.

What is your overall opinion on the music business ?

Kieran : Hard work to make a living. We havent managed yet, still all have a day job.
Elina : Yeah, it’s hard work, especially as a Swiss band and in the genre we move in.

How do you picture yourself 5 years from now as a band ?

Kieran : One time a singer of a doom band sucked Elinas foot. Then made Jan try it !! Hahaha!!…
Elina : Oh no, that’s embarrassing. Truly the weirdest situation we had.
Jan : Hahah, yes this was weird !

Thank you so much guys ! Any wise word to end properly ?

Thank you very much for your interest in us ! We will no doubt see you soon.
Our wise words : if you dont like it, dont eat it.